100+ SMEs trust SCAA to take the headache out of IT by delivering affordable solutions (without the jargon) and exceptional service.

``The Biggest IT Challenge Faced by SMEs Has Been Solved.``

“Finding a provider big enough to manage all your IT needs, but small enough to provide contract flexibility, bespoke solutions and value you as a client has always been hard. SCAA has solved this with a team exclusively focused on serving the unique requirements of SMEs.”

Reach out to our friendly support team on 1300 237 435 and will help you to resolve your IT issue.  Whether you need 9×5 or 24×7 support, we can build a bespoke package that meets your exact requirements and ensures a single point of contact for your IT support needs.  We also provide contracted and month to month options possible to suit your requirements. 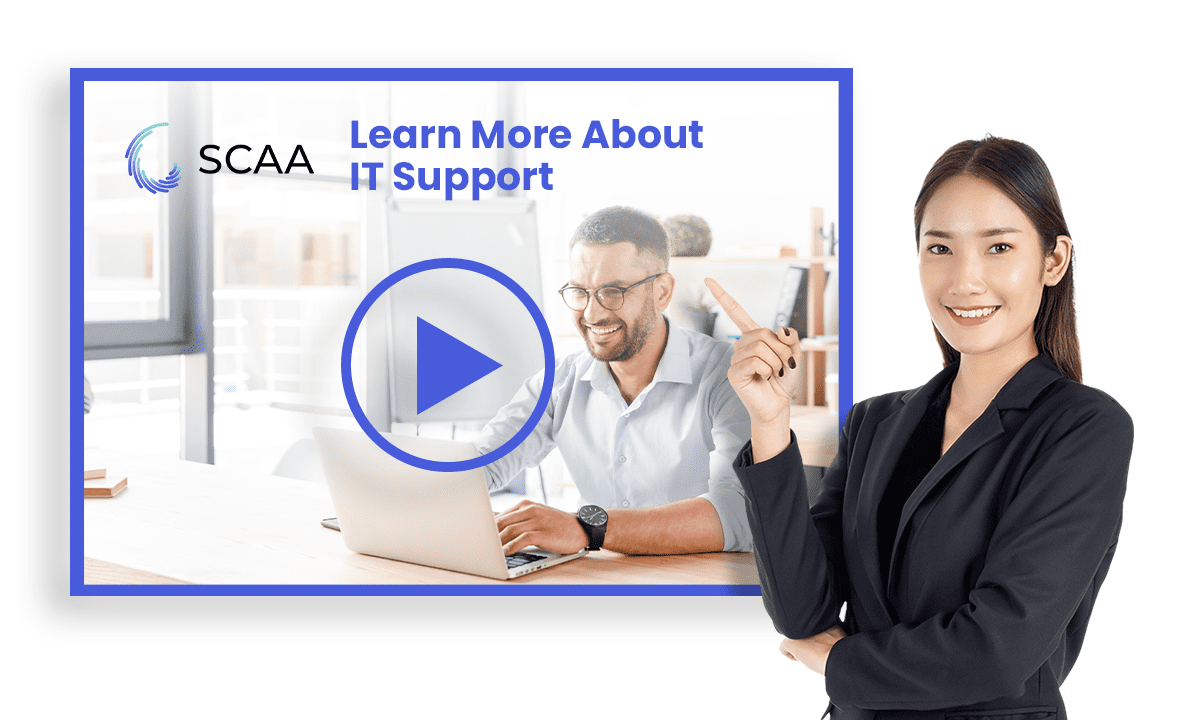 Cloud simply means enabling your organisation to function with no or minimal reliance on hardware in your office.  For SMEs there are often advantages to this from a cost, simplicity, and risk perspective.  SCAA has a proven track record enabling SMEs to move to the cloud, be backed up and ensuring they can continue operations in the event of a disaster. 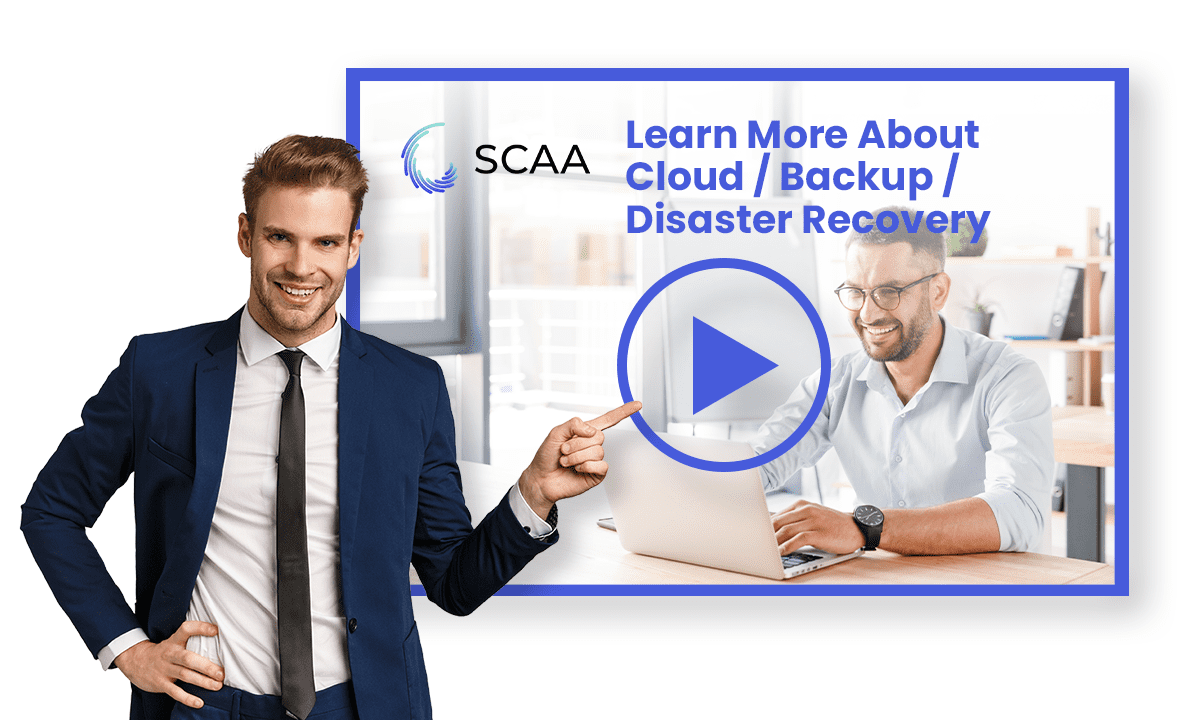 We have a range of hardware, software, and services to meet the increasing challenges of cyber security to SMEs.  We also provide impartial strategic guidance regarding how to optimise security as well as the commercial implications of these technologies via our V-CISO service, particularly in regards to mandatory data breach implications and personal liabilities Directors face pertaining to this. 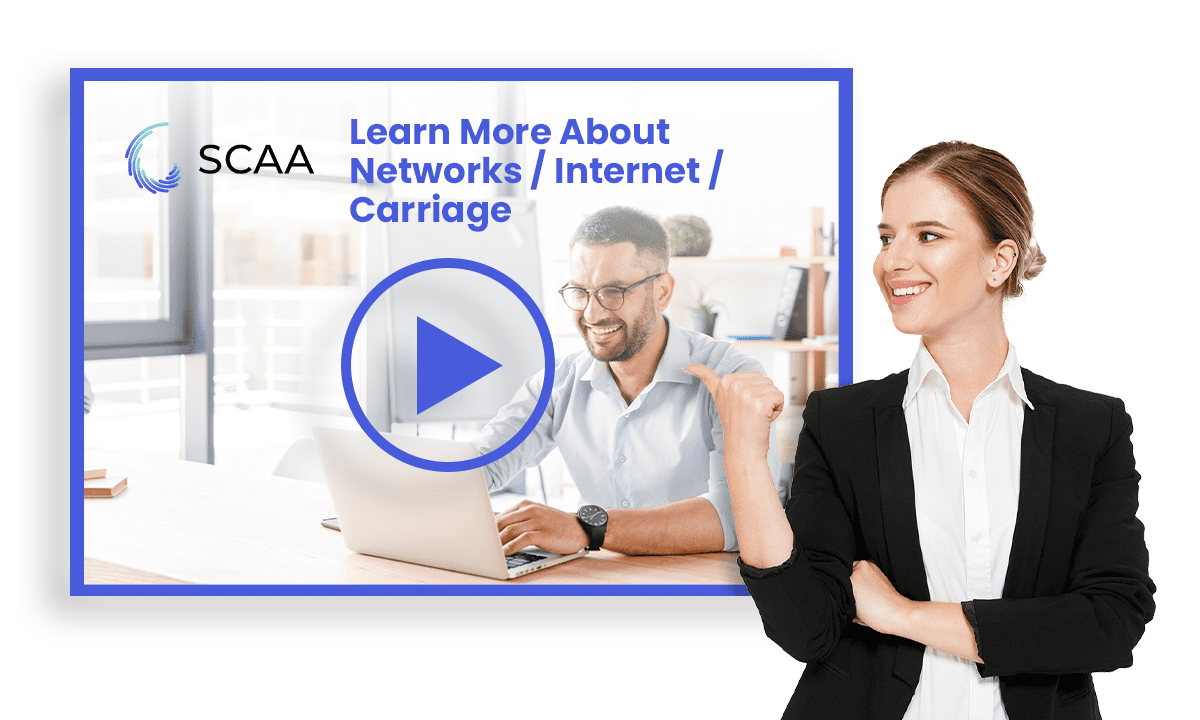 We provide a variety of platforms to enable staff to work more efficiently from anywhere, as well as a comprehensive suite of contact center technologies that enable your team to deliver the ultimate client experience.  In addition, we have SIP only options if you want to keep your existing phone system or contact center technology but save money on calls. 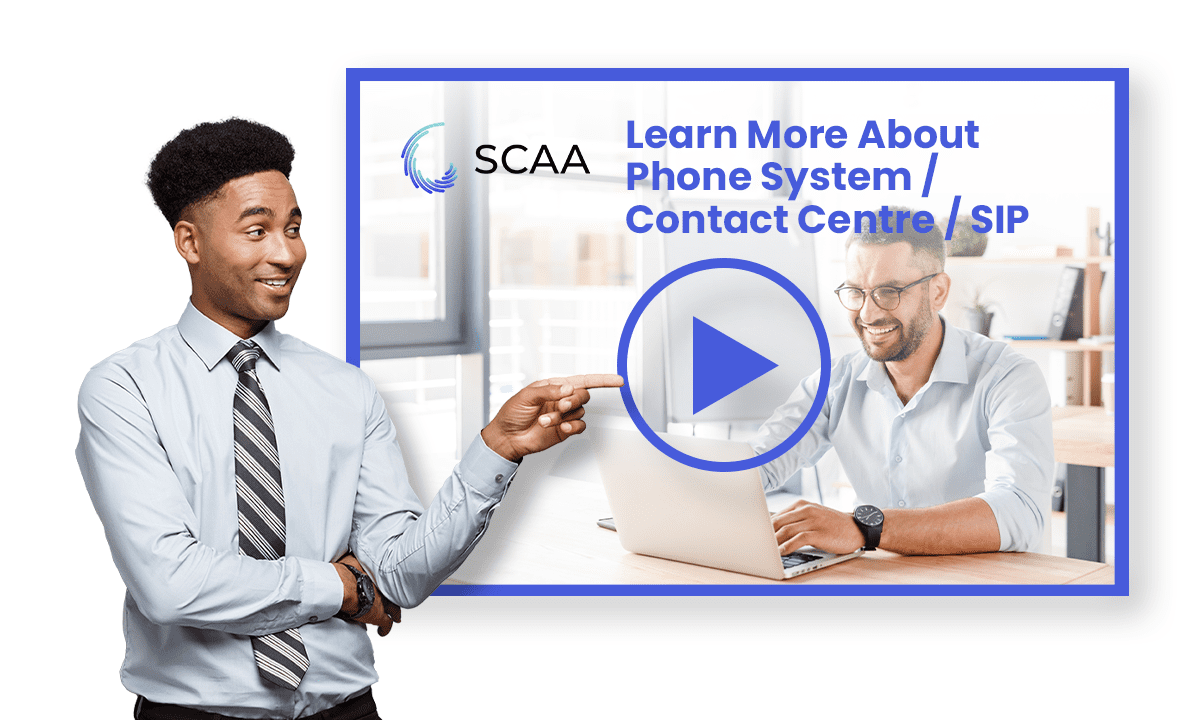 Larger SMEs look to SCAA to provide once off and ongoing strategic guidance pertaining to the technical and commercial implications of IT in environments, in particular those with multiple suppliers that are not working together, or, where internal IT staff are not delivering the desired commercial and technical outcomes. 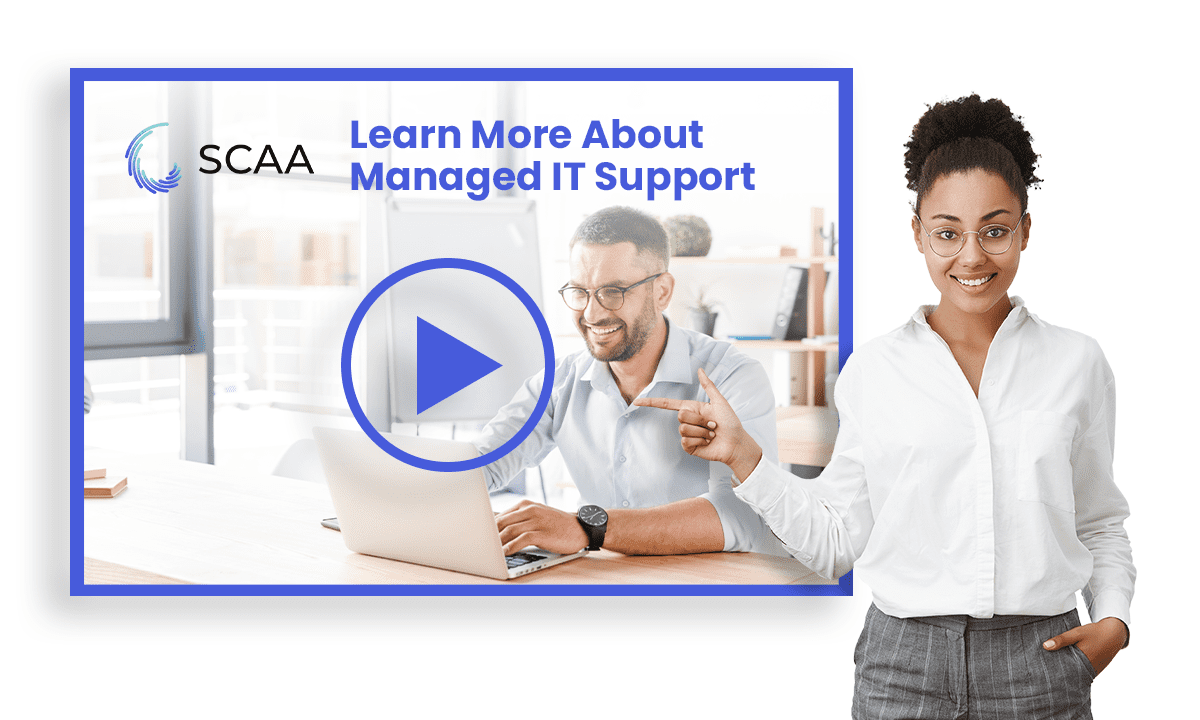 These technologies enable your organization to securely and quickly connect within your organization (internally or between offices) and externally (to the internet and hosted software applications).  SCAA has a rich heritage of supporting Australian SMEs achieve this cost effectively and without requiring internal IT skills to maintain.

FAQs and Advice When Purchasing IT Services

How does it work, and can I use my existing sales collateral (product brochures, quotes, proposals etc) with IntelliBrochure?

Yes. All you need to do is upload them to the IntelliBrochure website and they will instantly be transformed into Intelligent Brochures. To share one with a client, you just need to click “copy” and send them an IntelliBrochure link, just like normal link.

File types supported are PDF, JPG, PNG and GIF. If you wish to send a powerpoint, you will need to convert it to a PDF first (which takes 2 seconds generally).

See below a short explainer video showing how it works.

You refer to 9-31% growth in sales. How did you determine this (what research did you conduct)?

Yes so we conducted a survey across a portion of our user base (39 individual users in total) and they self-reported the results they achieved using IntelliBrochure. Users came from a variety of industries including insurance, IT, construction, utilities and professional services all in the B2B space ranging in size from 50 to 2,600 staff (sales teams were 3 to 85) in size.

Most respondents (28) reported an increase in sales of between %9 and %31 that they attributed to one or more of the insights provided by IntelliBrochure (View alerts, heatmaps and recordings). The largest increase reported by a single user was 212% over the 3-month period that the survey covered. 6 respondents reported between 0% and 8% increase in sales for the period with the remainder either experience greater than 31% growth or “not sure” (“not sure” respondents tended to have extended sales cycles beyond the 3 month survey window or were unnable to report.) As such, the 9-31% figure is based on the the “mode” (most common) increase in sales reported by the users.

All respondents confirmed that IntelliBrochure helped to qualify opportunities more effectively and enabled them to manage their time more efficiently. Importantly, all but 1 user found it “effortless” to adopt. No respondents experienced a reduction in sales as a result of using IntelliBrochure or felt that it significantly effected the way they work.

Respondents also reported that the session replays and view alerts were the most valuable features to them, followed by the heatmaps.

Some of the feedback provided has been summarized and provided below:

How and why can such a simple tool deliver a 9-31% increase in sales?

We get versions of this question a lot (it’s our favorite one).

Please watch the short video below which delves into the powerful concept about how small changes to the way an organization operates can have powerful results and how often we have a cognitive bias against this. (it’s also one of the most interesting TED talks ever).

As it applies to IntelliBrochure, essentially the difference between our product and other growth inititives is simple.

We focus on ground level tactics… NOT high level strategy. IntelliBrochure incrementally increases the probability of closing each and every opportunity by providing actionable insights specific to each opportunity that improve qualification, reveal what matters most to the prospect and the best time to engage them. Equally importantly, IntelliBrochure does not require reps to dramatically change the way they work (unlike many CRMs) and provides an immediate, tangible benefit.

This is before we even consider additional benefits like notification when stalled deals are back in play (a big one) and operational efficiency (better forecasting etc).

As you will see from the video below, high level strategy is important. But in terms of delivering rapid growth (typically 9-31%) addressing the day to day challenges your sales team faces may be the most effective way to achieve rapid growth.